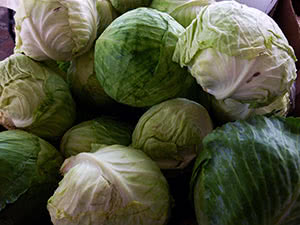 Cabbage (lat. Brassica) is a genus of plants of the cabbage family (Cruciferae) that includes such well known cultivars as headed cabbage, turnip, radish, rutabaga and mustard. There are about 50 species of the genus spread in Central Europe, the Mediterranean, Eastern and Central Asia. In America there are only species that were brought from Europe. Cabbage was grown for food by the ancient Egyptians, Greeks and Romans. It began feeding the humanity 4,000 years ago. In Russia cabbage was brought by the merchants from Western Europe during the golden age of Kievan Rus in the XIII century. 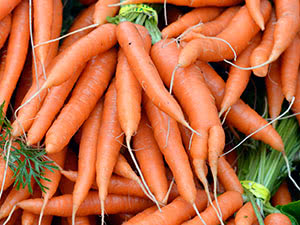 Carrot plant (lat. Daucus) belongs to the genus of flowering plants in the family Apiaceae. The name "carrots" is derived from the Latin language. In the wild, this plant is widespread in Africa, New Zealand, Australia, the USA and the Mediterranean. In agriculture, being a vegetable carrot is presented by the species of domesticated carrot (Daucus sativus) that is subdivided into fodder and table varieties. Carrot has been cultivated for about four thousand years, and during that time many varieties of the plant have been bred. It is believed that the birthplace of carrot is Afghanistan because most of the species of this vegetable are still growing there. 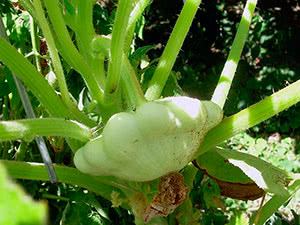 Squash plant, or scalloped squash, is a species of ordinary guard. This herbaceous annual plant is commonly cultivated worldwide and it does not grow in the wild. Originated in North America squash was taken to Europe in XVII century and it became so popular that two centuries later it was grown even in Siberia. The plant name comes from the Narragansett word “askutasquash” meaning "a green thing eaten raw". Squash plant is recorded in international classification as Cucurbita pepo subsp. ovifera, var. Ovifera.